The era of Daniel Craig playing James Bond was a major shift for the nearly 60-year-old Bond franchise. Craig’s run in the iconic role brought Bond into the age of the Marvel Cinematic Universe, with its long-continuity stories, regularly recurring characters, and franchised extended world. So of course the new take that circulated in the wake of the latest installment in the series is that 2021’s No Time to Die is the Bond movies’ equivalent of Avengers: Endgame.

[Ed. note: Significant spoiler ahead for the end of No Time To Die.]

That claim does feel completely correct, in that No Time To Die closes out an era, as the final movie where longtime series star Daniel Craig plays James Bond. Like Robert Downey Jr.’s Tony Stark, Daniel Craig’s Bond entered our lives embittered and cold, and bowed out as a big old softie in a sentimentalized blaze of glory. And like Endgame, this 25th Bond movie is overly long, with a bloated, disappointing middle that’s destined to be overshadowed by its cathartic finale.

But the connection between Bond and the MCU goes further than a one-to-one comparison of a few films in two franchises. It just reflects the chameleonic nature of the franchise. Nearly every entry in the 007 story has similarly been a reflection of its era’s cinematic trends.

James Bond vs. the MCU

Craig’s run as Bond even straddles multiple eras, and multiple trends. His first Bond movie, 2006’s Casino Royale, transformed the suave Bond of previous eras into a gorilla-esque, hard-boiled assassin, fit for a post-9/11 and post-Bourne Identity age. That was 15 years ago, before the MCU retrofitted our idea of a blockbuster hero into a one-size-fits-all quipmeister who saves the day while being relatively good-natured, and definitely not sleeping with anyone.

Even Deadpool, modern cinema’s most recognized bad boy, is more adorable than anarchic. No Time To Die’s incarnation of Bond — who slices apples in the kitchen for a little girl and even sheds a few tears about his bad relationship choices — may feel far from the character that author Ian Fleming described as an “anonymous blunt instrument wielded by a government department,” but that’s just the franchise for rolling with the punches, as it always has.

We all certainly became more aware of this trend with 2015’s Spectre, which brought Bond’s archnemesis Ernst Stavro Blofeld back out of the shadows and announced him as the author of all of our hero’s pain. It was the same sort of cynical pandering that later resurrected Emperor Palpatine in The Rise of Skywalker. This late-game reveal of the Craig era’s Big Bad was clearly an attempt to unnecessarily tie the Craig entries together into one overarching narrative, while presenting Blofeld as some sort of Thanos figure for the franchise, even though the character was Thanos-ing long before Josh Brolin snapped his purple fingers.

A rewatch of the Bond franchise, and some contextual research done during the movies’ more missable moments (looking at you, Clifton James’s two cameos as Sheriff J.W. Pepper), reveals just how the creators behind any given Bond movie have always been reactive, both to Bond’s previous adventure, and to whatever else was succeeding in the marketplace. But the films have become such reliable institutions that it’s hard to recall the era when they rode into the cultural consciousness on a wave of outright controversy.

James Bond vs. the Vietnam War

When the first James Bond movie, Dr. No released in 1962, the Vatican condemned it as “a dangerous mixture of violence, vulgarity, sadism, and sex.” Sean Connery’s Bond, with his murdering, gambling, and hairy, hairy sexiness, is a far cry from that year’s Oscar winner for Best Actor, Gregory Peck as Atticus Finch in To Kill a Mockingbird. Made before “the spy movie” was an established genre, the film sticks unusually closely to the Ian Fleming novel it adapts. Its version of Bond is a traditional movie-lead tough guy, more like a cinematic gangster with a cause than like the earnest strivers of 1962’s big box-office hits, from Lawrence of Arabia to Mockingbird to The Music Man.

But by the time of 1965’s Thunderball, Bond’s countercultural status had been completely transformed into mainstream box-office success. 1967’s You Only Live Twice must have seemed like the old, crusty Goliath to the David-esque New Hollywood wave of Bonnie and Clyde, The Graduate, Cool Hand Luke, and In Cold Blood. So it’s no small wonder that the next installment in the series, 1969’s On Her Majesty’s Secret Service, felt shockingly different from its immediate predecessor.

It’s notable for being the first (and best) series entry to give James Bond a soul, but that makes perfect sense, given the cultural context, in a time dominated by anti-war sentiment over the conflict in Vietnam. George Lazenby’s softer Bond, with his ruffled shirts and hayside proposals, went down easier than Connery’s brusque killer for an audience weary of the political and social unrest of the day. The wonderfully dynamic ski-POV cinematography in OHMSS flies in the face of old-guard critics of the time who found Mike Nichols’ lively shooting of the living-room-set Who’s Afraid of Virginia Woolf too “jazzy.”

The copycat pattern is best exemplified in the franchise’s Roger Moore offerings, where producing partners Harry Saltzman and Albert R. “Cubby” Broccoli seemed to take an insatiable amount of glee in flitting from genre to genre, retrofitting their hero to whatever type of movie was dominating the box office at the time. Bond flitted from Blaxploitation in Live and Let Die to kung fu in The Man With the Golden Gun, then topped it with Moonraker, a blatant 1979 capitalization on the success of 1977’s Star Wars.

Even 1977’s The Spy Who Loved Me feels like a rebuttal to the criticism that Moore couldn’t do a Bond film with the scale and style of Goldfinger or You Only Live Twice. And for all the praise For Your Eyes Only earned as one of Moore’s less goofy offerings, it’s clearly an overzealous attempt to show that he, like the Connery of From Russia With Love, could be serious.

After Moore came Timothy Dalton, whose cold-blooded killer Bond feels as alien opposite Moore’s as Pierce Brosnan’s Moore/Connery synthesis Bond would feels next to Dalton’s. Where License to Kill was a violent, gritty revenge flick for the heyday of Arnold Schwarzenegger and Sylvester Stallone action movies, GoldenEye felt like just the right kind of accessible toy commercial of a movie for the decade that put nipples on Batman and a giant robot spider into the Wild Wild West.

Considering this context — James Bond as a chameleon, becoming whatever his era required — it becomes easier to embrace and enjoy the franchise’s low moments. The faults in Bond movies can be awkward as well as dated, but they’re often useful freeze-frames of what action filmmaking looked like in a very specific era. At the same time, viewers can elevate the series’ highs as rapturous instances of cinematic kismet, where the trends of the time and the tastes of whoever had the keys to the Aston Martin combined to produce a Skyfall, a Casino Royale, a Goldfinger, or an On Her Majesty’s Secret Service.

It’s silly to box James Bond in, to criticize any new interpretation of the character as too goofy, too grumpy, too violent, or too emotional. After all, no film character has ever made it nearly 60 years in the industry without being malleable. Decades (and hopefully more Bond films) from now, No Time to Die will just be another cinematic time capsule in a series full of them, an example of the franchise showing us where blockbuster filmmaking was in the year 2021. In the meantime, James Bond will return, to die another day.

No Time To Die

Prices taken at time of publishing.

The final James Bond movie of the Daniel Craig era brings 007 out of retirement, and reconnects him with the people he most loved and hated in his past. Now available for premium rental on digital streaming platforms.

Thu Nov 25 , 2021
Thursday, November 18, 2021 With content material distribution procedures evolving speedily, key gamers within the leisure market are wanting to mergers and acquisitions (M&A) as a signifies to fortify their situation and manage industry share. Industry insiders forecast a ongoing increase in M&A exercise within the amusement sector. In gentle […] 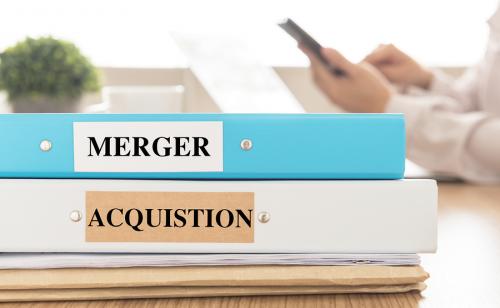