A record year for audio on-demand streams in the U.S. and a new milestone for vinyl sales are two of the top talking points in MRC Data’s 2021 year-end report, issued this morning by the industry’s leading tracking service, but the continued swell in catalog streams and sales — i.e. recordings older than 18 months — is another notable metric in the report, with that category accounting for more than 74% of music consumption during the year.

And, for the first time since MRC set up shop as SoundScan in 1991, vinyl was the music industry’s best-selling physical product, with the configuration rising 51.4% to 41.7 million, beating out the longtime former leader — the CD — by a little over a million units, although CD sales were up 1.1%.

It wasn’t all good news: on-demand audio and video streams grew at a significantly slower rate than in 2020 — 9.9% in 2021 versus a pandemic-driven 17% gain in on-demand audio streams last year — and a 19.4% decline in streams of current product, the first time that’s happened since MRC began clocking streams. But savvy observers see much to cheer in report.

“Pandemic highs from the lockdown of 2020 would definitely be tough to lap in the following year, so I would have expected more of a moderation in 2021, relative to 2020,” says Daniel Ives, managing director of equity research at Wedbush Securities. “The robustness of the numbers shows that streaming music continues to see accelerated growth.”

A major label executive VP weighs in, “At the beginning of the pandemic in 2020, people were leaning in a lot more to music. Obviously, we were beyond the early [streaming] adaptor phase and getting into the mature phase, but the pandemic pulled people in who would have been signing up for streaming in 2022 or 2023, and got them into the funnel quicker. There was an initial fear in the industry that people were going to churn out of subscription plans,” he concludes, “when in fact it accelerated.”

Adele, Taylor Swift and Olivia Rodrigo were among the artists who loomed large in 2021, but the most-consumed album of the year belonged to a country artist who spent much of the year in the doghouse, Morgan Wallen’s “Dangerous: The Double Album,” which racked up 3.2 million album units (reflecting digital and physical sales, plus equivalent value of songs streamed and sold), easily surpassing the runner-up “Sour” by rookie Rodrigo with 2.8 million.

Wallen and Rodrigo’s were the only albums to surpass 2 million project units in 2021, compared to four at 2 million or more in 2020. Wallen fell from grace in January when TMZ shared a video of Morgan shouting a racial slur, which got him banned from most radio stations for the bulk of the year and persona non grata on award shows, yet still managed to lead the 2021 pack, as he did in MRC’s mid-year report.

Wallen’s “Dangerous” and Rodrigo’s “Sour” each outperformed the top two albums of 2020—Lil Baby’s “My Turn” (2.6 million) and Swift’s Grammy-winning “folklore” (2.2 million)—but the remainder of the 2021 top 10 each fall shy of the totals compiled the same-ranked albums of 2020.

Dua Lipa’s “Levitating,” from her 2020 album “Future Nostalgia,” crowns the 2021 digital song consumption recap with 5.7 million project units, combining song sales with the equivalent value of streams (in which 125 subscription plays or 375 ad-supported plays equal one sale). Rodrigo owned the second and third most consumed songs, with “Drivers License” at 5 million units and “Good 4 U” at 4.8 million.

Despite the industry growth in streams, each of the top seven songs of 2021 tracked less than those of 2020, when Roddy Rich’s “The Box” reigned with 7.6 million over runner-up the Weeknd, with 6 million units for “Blinding Lights.” The latter shows staying power, ranking 10 th for 2021 with 3.7 million units.

Sandwiched between Lipa and the two Rodrigo songs and the Weeknd’s hit, the fourth through ninth titles on the 2021 top 10 in Digital Song Consumption behind Lipa and the two Rodrigo songs: the Weeknd & Ariana Grande’s “Save Your Tears” (4.79 million equivalent units), the Kid Laroi & Justin Bieber’s “Stay” (4.4 million), Masked Wolf’s “Astronaut in the Ocean” (4.16 million), Doja Cat featuring SZA’s “Kiss Me More” (4.15 million), Lil Nas X’s “Montero (Call Me By Your Name)” (4.13 million) and Glass Animal’s “Heat Waves” (4.1 million).

Catalog music — songs older than 18 months — has swelled every year in the U.S. since streaming became industry’s driving force in 2016, but never to the extent of this year’s 74.5%, up 8.1% over the prior year’s share, reflecting a volume gain of 24.8%. Part of that ongoing shift has to do with the contrast between today’s market, where streaming measures consumer listening, compared to all those years when industry data reflected music purchases. Also, if the relatively late-in-the-year albums by blockbuster artists such as Adele, Ed Sheeran and Silk Sonic had come a few months earlier, catalog’s percentage may not have been quite as dramatically high.

Larry Miller, director of the music business program at New York University’s Steinhardt, says catalog’s huge showing in the 2021 report validate “the trend we saw in the midyear report, when industry watchers were surprised by the catalog consumption that was happening, with a decline in current music consumption, offset by a tidal wave of catalog listening, which I think we can attribute to several drivers.

“One is the recent later adoption of on-demand streaming by older music fans and I think the surprise across the board is the deep attachment to familiar music that all music lovers have, but especially during this unexpectedly long and persistent pandemic. I think older, familiar music makes people feel good,” Miller adds.

A generational breakdown offered by MRC’s report, in which consumption by Gen Z, Millennials, Gen X and Baby Boomers in the U.S. and 11 other countries underlines one of Miller’s premises, with 89% of consumers born 1947-1965 utilizing steaming services, by far the highest share among the dozen countries. Next to the U.S. the Boomers’ highest share is 75% in Mexico, with the demographic’s lowest in Japan at just 34%.

The previously mentioned label executive cites the discovery of older songs via TikTok and a longer shelf life by the likes of Lipa’s “Levitating” and the Weeknd’s “Blinding Lights” as additional factors catalog’s swelling share. “Catalog kind of bleeds into frontline. ‘Levitating’ is almost two years old; that is technically catalog, although I could argue that it’s still current,” he says.

“These kids don’t know or care if it’s catalog,” he adds. “If you’re 15 or 18, and a song came out five years ago when you were 10 or 13 and you have no concept of who the artist is — if you hear it on TikTok, it’s new. Essentially, TikTok is a giant sync platform, and if you know how to sync music to an emotional feeling on a video, it’s going to make it that much stronger.”

While catalog’s high share might alarm some, NYU’s Miller and Wedbush’s Ives say the performance of that segment is a detail that will encourage, rather than dismay, the investors who have become enamored of the music industry in recent years, as proved by the Universal Music’s public offering approaching $53 billion when it began trading in September.

The gains that older music has posted since streaming became the industry’s main driver also explain the continuing appetite for publishing and recording catalogs, evidenced by recent deals for works of David Bowie, Bruce Springsteen and Paul Simon.

“It speaks to why the price of catalog content is increasing for brand name artists. It’s just another data point for the bullish trend that we’re seeing for catalog prices in music,” says Ives.

Miller concurs. “If I’m a financial investor and I’m mostly acquiring catalog that has already hit a steady state in its performance over a long period of time, I’m looking at this growth in catalog consumption and feeling pretty good about it,” Miller says. “Although some industry watchers were forecasting a slowdown in catalog acquisitions after the end of 2021, the amount of transaction volume happening even in this first week of the new year is enormous.

He concludes, “Interest in this asset class” — music — “is not pausing. “

Why Is Disney Sending Pixar Motion pictures Straight to Streaming?

Mon Jan 10 , 2022
Disney’s impending animated fantasy comedy “Turning Red” is skipping the major screen, marking the 3rd Pixar film in a row to debut instantly on Disney As well as. By the time “Turning Red” hits the streaming service on March 11, it’ll have been two a long time since a Pixar […] 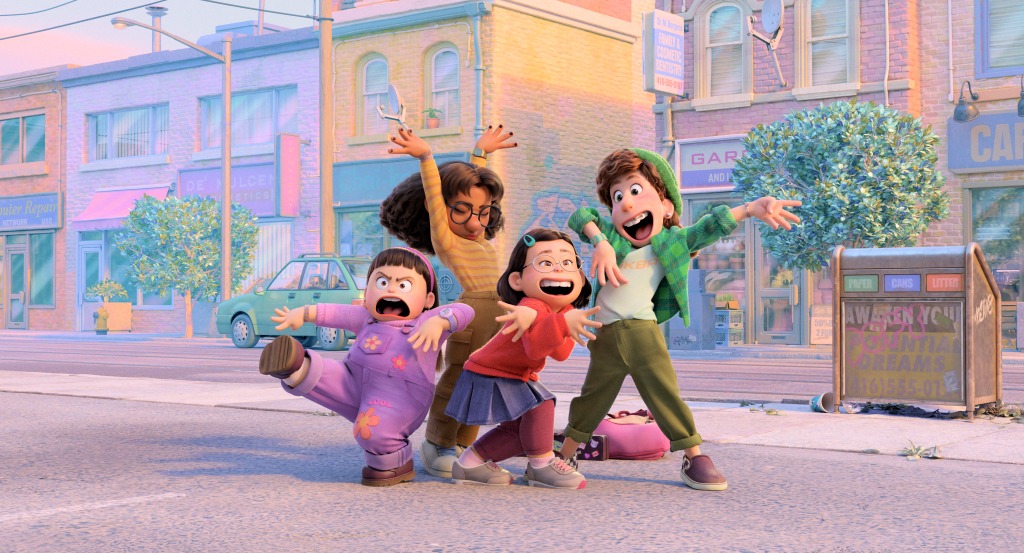