If you’re like me, then you have multiple subscriptions to several different streaming platforms—which are all constantly adding new movies. Which begs the question each successive week: What do I watch?

For me, it helps to have all of those new films in one place. So in this article, I’ll run through the biggest new movies on major stream platforms, such as Netflix, Amazon Prime, Hulu, HBO, Disney+, Apple TV+, Peacock, and Paramount+.

At the end of the article, you can find a full list of all the new films available to stream this week.

Five fairies attend Alfea, a magical boarding school in the Otherworld where they must learn to master their enchanting powers while navigating love, rivalries, and the monsters that threaten their very existence.

Leonard is an English tailor who makes suits on London’s famous Savile Row. He must outsmart a dangerous group of criminals to survive a fateful night.

The story of life in the dystopia of Gilead, a totalitarian society in what was the United States. Gilead is ruled by a fundamentalist regime that treats women as property of the state, and is faced with environmental disasters and a plummeting birth rate.

A group of friends turn their love for horror into a peculiar business, providing horror to those who need it, in a dreamy Latin American country where the strange and eerie are just part of daily life.

A journalist and podcaster travels from New York City to Texas to investigate the death of a woman whom he hooked up with.

Following two daughters of undocumented immigrants as they navigate careers in the music industry. Seeking to provide for their families while achieving their dreams, the pair feel guilt of being the first American-born members of their families.

This Is the End

In Hollywood, actor James Franco is throwing a party with a slew of celebrity pals. Among those in attendance are his buddies Jonah Hill, Seth Rogen, Jay Baruchel, Danny McBride and Craig Robinson. Suddenly, an apocalypse of biblical proportions erupts, causing untold carnage among Tinseltown’s elite and trapping Franco’s party in his home. As the world they knew disintegrates outside, cabin fever and dwindling supplies threaten to tear the six friends apart.

With a dog named Lulu by his side, Army Ranger Briggs races down the Pacific Coast to make it to a soldier’s funeral on time. Along the way, Briggs and Lulu drive each other completely crazy, break a handful of laws, narrowly evade death, and learn to let down their guards to have a fighting chance of finding happiness.

Every new movie and show you can stream this week

What It Takes to Be a Piano Tutor

Mon Sep 19 , 2022
Teaching musical instruments is usually an enjoyable and fulfilling career to venture into. Apart from introducing you to wonderful individuals, it also allows you to nurture the talent of playing a particular instrument. One of the exciting musical instruments to teach is the piano. The following are essential things you […] 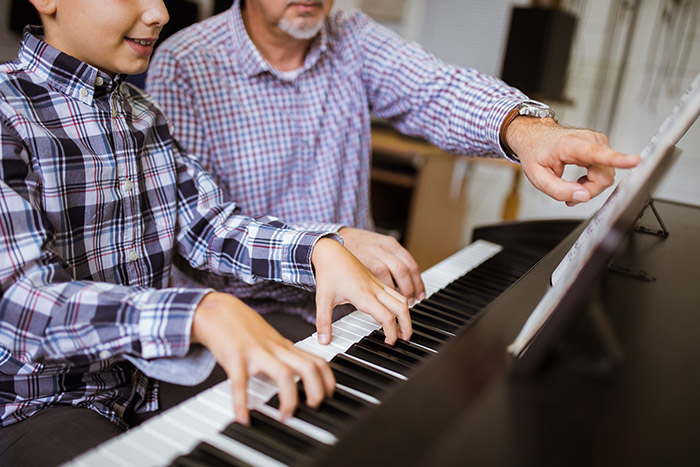