Classical music does more than just soothe the soul.

It tells a story that, upon first listen, can seem so far removed from our own. That’s where the beauty of it can be found; in the trickery.

Classical music tricks you into thinking it’s telling a story that isn’t yours — one that sounds like it was written centuries ago, and very well could have been. However, if you really listen, you’ll find that this “ancient” music is far more personal than what we have today.

It’s also much more popular than you think.

In January, WDAV made radio history by topping the Charlotte market and becoming the first ever classical music radio station to be No. 1 in any market in the country. The station averaged 102,900 listeners per week in January — a 36 percent increase over the same time last year, WDAV said in a news release.

The station’s 89.9FM signal reaches a 22-county region centered in the Charlotte metro area, stretching from Rock Hill to Galax, Virginia. WDAV is a service of Davidson College.

In a recent blog post, station general manager Frank Dominguez said when he saw the monthly numbers in late February, he had to read them carefully because “I was completely unprepared for what the ranking showed.”

Radio listening at the golden hour

I once believed WDAV to be a little-known secret, almost as if it existed only for me.

Before I was a journalist, I worked at my local library in Fort Mill, S.C. The closing shift ended at 7 p.m., and during the spring and summer evenings, I’d spend my commute home with the windows down and WDAV 89.9 playing as the sky entered into golden hour.

Sometimes on the way home from work, I’d stop at a nearby hill to sit and watch the sun set behind the trees.

The car I drove at the time was nearly as old as I am. It was a 2000 Honda Accord without an aux port or Bluetooth. I distinctly remember that WDAV was setting No. 4 on my saved stations.

I enjoyed tuning in to listen to the DJs tell the history of each piece they played for us. When giving the historical context of the selection, they’d transport the listener to someplace other than where they were, setting the stage for what the music would bring.

At times it reminded me of what it might have been like to go through old records with a grandparent, watching them beam with passion as they tell you the history of the song before finally playing the music and letting you sit in it.

The most recent Nielsen data shattered my illusion. It seems as though the moments I shared with myself, the station, and the music did not just belong to me after all.

There are a number of possible explanations for the unexpected growth.

The last two years of pandemic madness, natural disasters and civil unrest could have sent people in search of music that calms the spirit. The early days of quarantine were a time of deep reflection and introspection for many.

And it’s possible that with the poignant emotions it conjures up in us, classical music could have been a part of that journey. Or perhaps, we are seeing a popularization of classical music in an audience that contrasts WDAV’s expected audience.

This also could be thanks to a revival in gilded age and regency-related media.

Shows like “Downton Abbey” and “The Crown,” or more recently, “The Gilded Age” on HBO Max and “Bridgerton” on Netflix are all wildly popular among Gen Z and millennial audiences. It would make sense that these same audiences have begun to seek out music that reflects the media they enjoy.

But if that were the case, wouldn’t these two tech-savvy audiences just rely on music streaming platforms rather than the radio? Where exactly is the growth in WDAV’s listenership coming from?

Dominguez, the general manager, credits the station’s success to a combination of community efforts and its reputation as a place of refuge.

“We provide pleasant companionship and an oasis during troubled times,” Dominguez said in an interview. “But we’re also involved actively in the well-being of our community by donating recorders to young music students, and celebrating the diversity of our audience in our programming.

“I think this engenders real loyalty on the part of our listeners, and so they gladly spend more time with us.”

Music made in Charlotte

I only attended my first live performance by the Charlotte Symphony Orchestra two years ago. I’ve attended many concerts since then, most recently their performance of Tchaikovsky’s Symphony No. 6, or the Pathétique Symphony.

It was emotional, moving, and surprisingly cheery at times considering theories I had read that suggest the symphony was written to serve as the composer’s own suicide note.

Sometimes WDAV would play recordings of live performances by the Charlotte Symphony strung together by a narrative explanation which were always so eloquently shared by the station’s hosts. Those moments were my favorite.

Whenever WDAV played music performed by CSO, it reminded me that those melodies did not only exist centuries ago. It would remind me that the music is still here, being felt and poured out of the fingers and limbs of living musicians in the same city as me.

When I was asked to write this article, I went out to my car and did something I hadn’t done in a while. I switched my audio from bluetooth to AM/FM and tuned into WDAV 89.9.

The sun began to set and I wondered how many others across the region were sharing in that experience with me without even thinking about it.

I wondered how many other lives were undergoing such a sweet and gentle form of therapy at that very moment, how many spirits eased and hearts healed. It restored my longing for introspection, a desire that up until now had been so stupidly abandoned.

Knowing that I was never alone in my listening to WDAV Public Classical Radio stirs up a bittersweet feeling. It is a sad thing to learn that the secret was never a secret and the treasure I thought was mine belonged to so many others as well.

Yet, that’s also what makes it beautiful — seeing how classical music, because of its ability to make one feel so deeply, has managed to outlast hundreds of years of countless cultural resets and shifts in general society.

Evan Santiago is a reporter for the Charlotte Observer writing for the publication’s Service Journalism Desk. He hails from New York City and is currently based in the Queen City where he works to help local readers navigate the challenges that come with daily life in the modern world.

A return to normalcy? Entertainment is back on the big scale

Wed Mar 23 , 2022
March 2020 is when everything changed. Two years later, we are examining how those changes inform us and inspire new direction. Over the coming weeks, we will be taking a look at the way forward and how change has transformed our communities in every way — schools, health care, politics, policing, […] 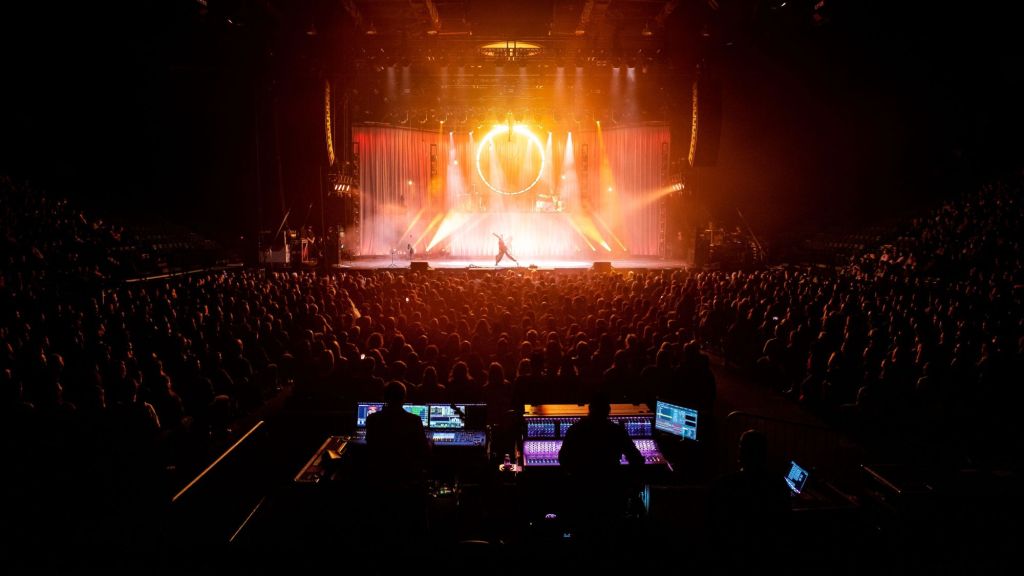