The renowned music festival returns to two stages at the newly renovated Webster Hall (125 E 11th St, New York, NY ) on Sunday, January 16th, 2022. As always, the festival will feature artists from around the world and around the corner, from Mexico’s Son Rompe Pera to Lebanon and Syria via France’s Bedouin Burger to New York’s Kiran Ahluwalia.

globalFEST is a festival like no other: for almost two decades, it has showcased musicians from over 100 countries to sold-out audiences each year. A true celebration, the festival has been crucial to the trajectory of many notable artists, including Antibalas, Carolina Chocolate Drops, Amythyst Kiah, AngeliqueKidjo, Emel Mathlouthi, Martha Redbone and more. The year’s lineup is curated by festival co-founders and directors Bill Bragin, Isabel Soffer and Shanta Thake plus guest curator Gabrielle Davenport.

“globalFEST came of age at Webster Hall, so it’s a thrill to be back after several years of renovations and the pandemic. To that end, last year, our longtime friends at NPR Music saved the day with the inaugural Tiny Desk meets globalFEST series, introducing the festival to hundreds of thousands of new fans,” said the curators. “Now, as live concerts return, we want to keep both the incredible momentum of Tiny Desk and re-embrace the ecstatic in-person community that we have missed. So we will! All in the service of our catalytic mission to move international and roots music to the center of the performing arts.”

The Tiny Desk meets globalFEST series was born out of the challenges of the pandemic and hardening international borders in 2021, building on a long relationship between globalFEST and NPR Music.

“For the past dozen years, the globalFEST team has meant so much to me, curating memorable nights of brilliant discoveries from around the world. Last year, we teamed up to bring those magical moments to people’s homes all over our planet. I think this tradition will have a long life and a meaningful one to artists and audiences,” Bob Boilen said.

Since the launch of NPR Music’s Tiny Desk concert series in 2008, more than 900 performances have been recorded at the Tiny Desk — Boilen’s festive workspace at NPR headquarters. At the heart of these beloved concerts, now seen by 16 million viewers per month, is a passion for music discovery, making an unparalleled stage for artists of every kind.

(Mali) is a family band from Timbuktu playing traditional and contemporary Tuareg music. This is their U.S. debut.

(USA) is a banjo virtuoso specializing in music from southeast Appalachia. She also sings traditional unaccompanied ballads from the region and beyond. Brown performed in the 2021 Tiny Desk meets globalFEST video series.

(Colombia) is a hip-hop collective forging a new generation of Afro-Colombian traditions from San Basilio de Palenque – a combination of rap, folklore and Palenquero.

(Canada) is a powwow and Round Dance drum and singing group from Maskwacis, Alberta. Founded by the Wood brothers of Saddle Lake Cree Nation, most members also come from the Treaty 6 and are part of Cree Nation.

(Mexico) is a band of brothers rethinking folkloric music, playing their own unique blend of garage, marimba, cumbia and punk rock.

The lineups of both components are subject to change.

The festival will be accompanied by Wavelengths, the premier global music conference in the United States, on January 27, 2022. The conference serves as a space for critical dialogue between artists and artist professionals to keep the industry moving forward. Wavelengths serves as the host of the globalFEST Awards, which rewards the artists and arts leaders making a major impact on the growth and spread of truly diverse cultural programming in the United States. Tickets for this virtual event are available here.

globalFEST is one of the world’s most dynamic global music platforms, growing from an acclaimed festival/showcase into a catalytic non-profit service organization for curators, artists, and the performing arts field. The programs have evolved to include the curation of notable stages and festivals, the creation and distribution of urgent grants, the reinvigoration of the North American Presenters groups, a partnership with NPR Music’s All Songs Considered and its Tiny Desk series, and Wavelengths, an industry-focused music conference. Through its work, the not-for-profit 501(3)C globalFEST (gF) encourages networking and cultural diplomacy; deepens cultural understanding among its constituents; builds audiences for international music and creates new opportunities for artists leading to a more robust and sustainable ecosystem for world music in the United States. For more information, including lineup, event news, and updates, please visit globalfest.org and follow globalFEST on Instagram, Twitter and Facebook.

Incredible Winners of the 2021 Weather Photographer of the Year Contest

Tue Nov 9 , 2021
“Morning Fog” by Giulio Montoni (Italy). Winner, Weather Photographer of the Year.“Giulio captured this image on a foggy autumn day from a small church on a hilltop in the town of Airuno, Italy. Through the fog and with the help of the trees, you can just about see the winding […] 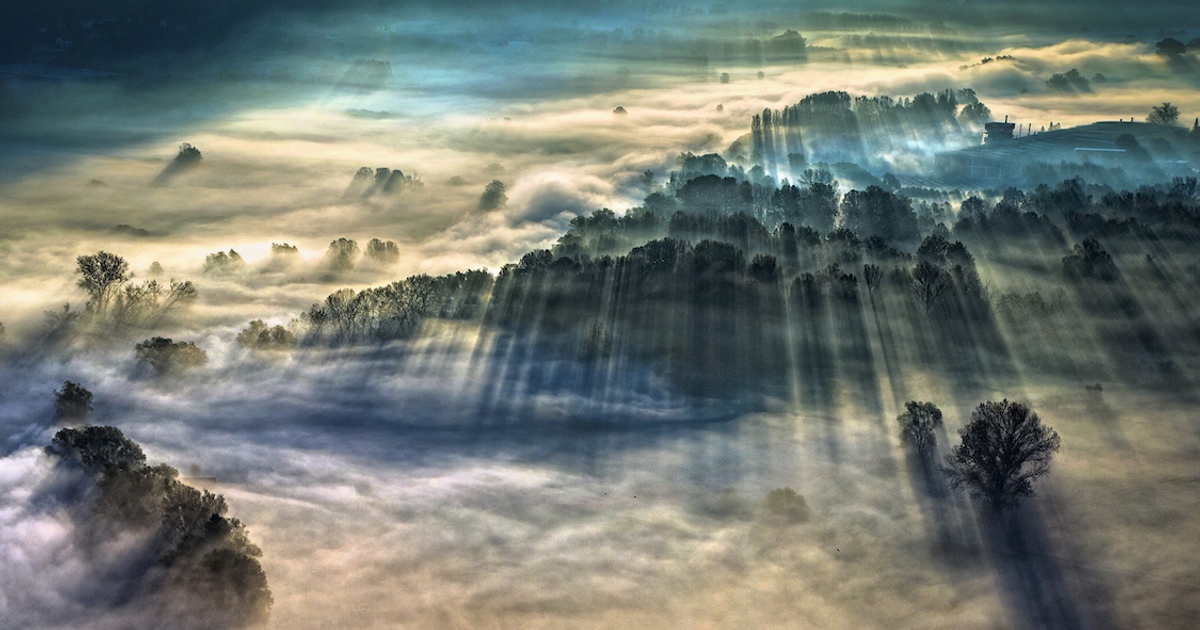