With the anticipation for Matt Reeves’ The Batman, the latest cinematic incarnation of the Dark Knight starring Robert Pattinson, Zoë Kravitz, and Paul Dano, soaring to a pitch in the lead up to the film’s March 4 premiere, bat-fever is at an all-time high. As we patiently await the new film’s release, you may be diving back into DC/Warner Bros.’ library of animated titles like 1992’s Batman: The Animated Series or 1999’s Batman Beyond. But if you’re looking for more long-form choices, there’s a ton to be had, as the WB also boasts an extensive catalog of feature-length films dating as far back as the aforementioned Batman: TAS, each with their own respective take on the Caped Crusader more unique than the last.

We’ve pored through all the Batman animated films available on streaming to bring you very best. Here’s our list of the eight best animated Batman movies to watch while waiting for Matt Reeves’ The Batman.

Batman: Under the Red Hood

A legendary entry in the animated Batman canon, this is a powerful story that packs an emotional punch. Deeply engaging with how Bruce’s “parenting” puts the kids he’s taken responsibility for in danger, as well as the failings of his rigid moral code, Under the Red Hood deserves its status as an all-timer Batman story. Jensen Ackles delivers an outstanding voice acting performance as Jason Todd, and this version of the Joker (voiced by John DiMaggio) is one of the most chilling renditions of the character to date. —Pete Volk

Batman: Under The Red Hood is available to stream on HBO Max.

Based on Frank Miller and David Mazzucchelli’s four-issue story arc of the same name, Batman: Year One recounts not only the origin of billionaire playboy Bruce Wayne’s crime-fighting persona, but of James Gordon, a recently transferred Gotham police detective working battling the corruption of his colleagues and the city’s criminal underworld. Sam Liu and Lauren Montgomery’s film is a faithful and impressive adaptation of Miller and Mazzuchelli’s landmark storyline, exploring not only Bruce’s evolution into the Dark Knight but the unlikely allyship between himself and the future Police Commissioner. If you’re looking for a fascinating and fresh take on Batman’s origin story, Batman: Year One is it. —Toussaint Egan

Batman: Year One is available to stream on HBO Max.

Batman: Soul of the Dragon

A Batman movie in the style of a Bruce Lee picture, Soul of the Dragon is not based on any comic storyline. Batman’s former martial arts teacher has gone missing, and he joins forces with some of his fellow former students to try to get to the bottom of the mystery. Legendary martial arts actors Mark Dacascos and Michael Jai White (playing the same role he played in the DC CW-verse) co-star as voice actors in this rip-roaring fun time. —PV

Batman: Soul of the Dragon is available to stream on HBO Max.

Consider for a moment, that maybe we’re all thinking too hard about Batman. Going on too long about his psychology or realism. Perhaps these aren’t really the reasons people have gravitated to him for close to 100 years. Maybe, instead, the answer is a simple one: Batman just looks really freaking cool.

This is the heart of what drives Batman Ninja, Junpei Mizusaki’s fever dream of a film that sends Batman and a number of his most famous villains back in time to feudal Japan, where they receive period-inspired makeovers and Power Rangers-esque weaponry. None of it makes a lick of sense, and none of that matters, because every frame of Batman Ninja is wall-to-wall dazzling absurdity, taking iconic character designs and ratcheting them up to 11 with the help of Afro Samurai’s Takashi Okazaki. The film is 85 minutes of animated adrenaline that will kick your ass and make you laugh at the same time, and remains one of the best DC animated films ever released. —Joshua Rivera

Batman Ninja is available to stream on HBO Max.

A cross-over match made in heaven, this entry features some of the best action sequences in any Batman movie, live action or animated. It’s also appropriately silly, considering the concept, but the pairing of these two franchises really works: the turtles have a lot in common not only with Batman, but with the other wayward youngsters he tends to pull into his crime-fighting orbit. Then of course there’s the martial arts, the quality of which is pretty superb, especially for what could have easily been a paint-by-numbers money grab across two popular franchises. —PV

Batman vs. Teenage Mutant Ninja Turtles is available to rent on Amazon, Apple, and Vudu.

Batman: Mask of the Phantasm

Batman: Mask of the Phantasm is one of the greatest Batman films of all-time, full-stop. Don’t just take my word for it though, just listen to the late great Roger Ebert and Polygon’s own Joshua Rivera. Initially produced by Batman: The Animated Series producers Eric Radomski and Bruce Timm as a direct-to-video feature before being later released in theaters, 1993’s Mask of the Phantasm pits the Dark Knight against a mysterious new enemy posing as himself alongside his long-time nemesis the Joker. The film probes at the inherent tragedy and history of the character with a level of nuance and depth that few subsequent incarnations (live-action or otherwise) have successfully attempted since, conjuring a portrait of loss and heartbreak whose resonance endures to this day. —TE

Batman: Mask of the Phantasm is available to stream on HBO Max.

Batman Beyond: Return of the Joker

Batman: Return of the Joker follows Terry McGinnis, the new Batman circa 2040, as he is brought face to face with the Joker, seemingly resurrected after having been thought dead for several decades. Confronted with his deadliest foe yet, Terry must uncover the terrible truth behind the night when his mentor Bruce Wayne, the original Batman, fought his arch nemesis for the last time if he is to have any hope of rescuing Gotham from the brink of annihilation.

Aside from the eponymous Clown Prince of Crime, the film also prominently features Barbara Gordon (aka Batgirl), now Commissioner of the GCPD alongside an older version of Tim Drake (aka Robin), making for a bat-family reunion that both touches on the complicated dynamic between Bruce Wayne and his proteges while adding further dimension and pathos to Terry’s own tenure as the Dark Knight. If that somehow doesn’t pique your curiosity, acclaimed animator Hiroyuki Aoyama contributed to Return of the Joker’s explosive finale, taking cues from his previous work on Katsuhiro Otomo’s 1988 apocalyptic epic Akira while animating a deadly orbital laser beam that cuts a swath of destruction across Gotham as Terry races to save the day. —TE

Batman Beyond: Return of the Joker is available to stream on HBO Max.

The Batman vs. Dracula

There’s a new bat in Gotham. A little spooky, more than a little silly, and a whole bunch of fun, The Batman vs. Dracula is exactly what the title suggests. When the Penguin accidentally wakes the legendary vampire (voiced by Peter Stormare) from his deep slumber, Batman has to stop Dracula’s attempt to take over Gotham and turn its citizens into vampires. Leaning into the gothic atmosphere that already fits well with Gotham City’s vibe and architecture, Bat vs. Bat is a natural matchup. If you find the fact that Dracula goes by “Dr. Alucard” as his human alter-ego charming, and you’re excited by the prospect of Batman punching a vampire Joker with garlic knuckles, you will have a good time with this one. —PV

The Batman vs. Dracula is available to stream on HBO Max.

Up 7% This Calendar year, This Leisure Stock Is Even now a Screaming Purchase

Wed Feb 23 , 2022
With the broad market sell-off to start 2022, it really is tricky to find stocks that are not down so much this yr. This is primarily accurate for superior-expansion technological know-how shares, with quite a few of their share rates down 30% in fewer than two months. By posting wonderful […] 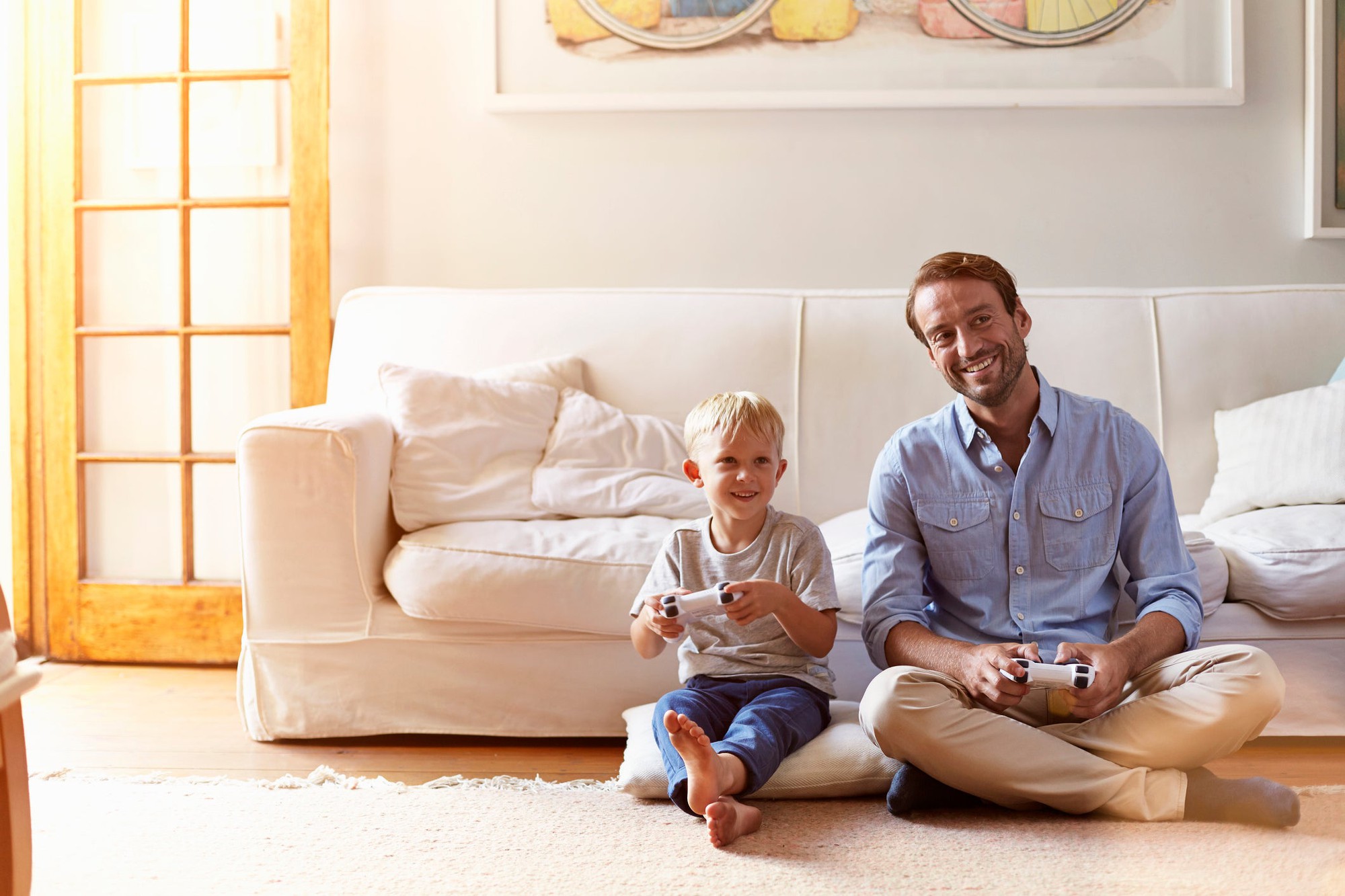