Photographers who work at night know better than most how well the human eye adapts to the absence of light. The rest of us tend to take night vision for granted or come to realise we have it, in the middle of the night or leaving a darkened theatre, almost by accident.

Not to the photographer, though. For them, the eye is another instrument, another set of lenses capable of the myriad, infinitesimal adjustments required to capture the evanescence of light and its opposite.

It’s no accident, I think, that the best dance floors — whether in the common room of a retirement centre or an underground queer club in a homophobic dictatorship — alternate between light states.

You may well ask, as we did, why dwell on images of revelry in a time of grief and isolation? Because the heart, like the eyes, has a way of adjusting to the dark. And looking at these photos, it becomes evident that this is a two-way process.

I made these photographs between 1978 and 1980 at Studio 54, the New York discotheque that, during those years, was the place to be and be seen — as the celebrities, partygoers and those crazy for dancing who filled it every night were happy to prove.

Given its reputation (which flamed into notoriety during the club’s 33-month existence), it was difficult to get into: imperturbable doormen doled out access as if they were controlling passage into a fabulous kingdom.

Only the famous or socially connected could assume they’d find themselves guided around the flock of hopeful celebrants milling on the street side of the velvet rope and led through the door. Otherwise, the thing most likely to help was to be beautiful.

Once inside, everyone seemed thrilled to be there, no matter how they’d managed it — an excitement fed by the throbbing disco beat and brilliantly designed interiors that, on a party night, could suggest anything from Caliban’s cave to a harem.

I hoped to capture in these photographs something of the actuality of flesh and sweat and desire that filled Studio 54 like a physical atmosphere, using a medium-format camera and the tonally rich negatives it produced to help me do it. After which, traced with all that stilled energy, they waited until 2014 to be published and exhibited for the first time.

Tod Papageorge is a photographer based in New Haven, Connecticut, USA. “War & Peace in New York” is at Galerie Thomas Zander, Cologne, Germany until February 19 2022

I took these photographs in 2019 and 2020 at nightclubs in Moscow, including the queer spaces Horovod and Popoff Kitchen, which is why they feature a lot of near-naked people.

In November 2020 in the Russian capital we had an 11pm curfew, so the nightlife just started earlier, at 6pm. It was fun.

Here people love to dance and to party because when you do, you feel free — and we don’t have enough freedom in terms of the law and the government. That is why we like to feel free in our own way. Partying is how people who are constrained in their daily lives push the boundaries.

Sasha Mademuaselle is a photographer based in Moscow, Russia

The night has always held a powerful appeal for me — the silence, the heightened sense of the passage of time and the absence of disturbance. I like the fact that the longer one looks, the more is visible as the eye adjusts, and this carries over into my photographs where I expose long enough to reveal what is ordinarily left dark.

My wanderings at night have led me to many sites that would transform to host events temporarily and then reshape themselves to accommodate other things. Such transformations usually happen for the sake of an occasion — a wedding, a banquet, a prayer meeting, conference or public performance — and are assembled and dismantled within a day or two.

I photographed many of these chameleon spaces throughout India, to look at and register them before they vanish. It is in this registration that we can realise something, before it flickers and is gone.

Dhruv Malhotra is a photographer based in Jaipur, India

This body of work engages with the idea of liberation through partying and dance. Though fleeting and ephemeral in nature, the spaces and places created to dance and party among people of colour, particularly black people, serve as defined and undefined areas of transitory freedom.

These photographs were taken at a series of parties, balls and dances in Ithaca, New York, Brooklyn, New York and Philadelphia, Pennsylvania. They recall to me the words of Frantz Fanon, the postcolonial philosopher, who wrote in his 1961 book The Wretched of the Earth: “At certain times on certain days, men and women come together at a given place, and there, under the solemn eye of the tribe, fling themselves into a seemingly unorganised pantomime, which is in reality extremely systematic, in which by various means — shakes of the head, bending of the spinal column, throwing of the whole body backward — may be deciphered as in an open book the huge effort of a community to exorcise itself, to liberate itself, to explain itself. There are no limits — inside the circle.”

Sasha Phyars-Burgess is a photographer based in Chicago, USA. ‘Untitled’ is published by becapricious.com

The “Tea Dance” photographs were the result of a conversation I had with an ex-student of mine, Yuen Fong Ling, in 2000. I had worked at Salford Technical College in the 1980s, running the darkroom and studio there. Yuen had just been taken on as a curator at the newly reopened Castlefield Gallery in Manchester and for its inaugural show he wanted something that felt rooted in local culture.

The 1990s had been very youth focused and so had my work up to that point. The old postwar traditions were coming to an end and it was to young people — and their unrestrained desire and imagination — that everyone seemed to be looking to fashion the world anew.

It would have been very easy to do something around Manchester’s youth culture but my parents were getting on and it felt right that I should commemorate their passing world instead. The generation I was part of had become so used to understanding itself in opposition to the culture and values of their parents that it was easy to overlook the deeper underlying commonalities — our parents had experienced their own music and dance scenes, after all — and the fact that our expanded choices and freedoms were predicated on the hard work and sacrifices of our parent’s generation. In working-class communities at least, this was very much the case.

Elaine Constantine is a photographer and film-maker based in London, UK

For 10 years during the noughties, I travelled the back roads of Lithuania, photographing teenagers in village discos for my series “DISKO”. Most of the pictures here are in Soviet-era houses of culture where I would sometimes find discarded paintings of Lenin, old movie posters, gas masks and other remnants of the Soviet Union. I became fascinated by the teenagers who revelled among this debris of a dead empire. This series of photographs is about young Lithuanians, a crumbling past and the uncertain future, all together in one room.

Andrew Miksys is a photographer based in Vilnius, Lithuania

In 1984, I was the director of photography on India Cabaret, a documentary film by Mira Nair about the lives of six cabaret dancers at the Meghraj Cabaret in the suburbs of Bombay, India. At the end of the shoot, I put down my movie camera and picked up my still one. I photographed the dancers and drew from the trust that had developed between us.

Mitch Epstein is a photographer based in New York, USA. ‘In India’ is published by steidl.de

Back in the 1990s, I was a regular contributor to Vibe magazine, photographing artists such as Tupac and Biggie. In 2002, along with the hip-hop pioneer and visual artist Fab 5 Freddy, I was sent to Chicago to document its famous steppin’ scene, which started in the city’s black communities in the 1970s. Fab 5 Freddy was writing about it for Vibe.

The direct ancestor of Chicago steppin’ is the bop; it’s a kind of dance where the flyest moves and most intricate footwork are often reserved for the men. We went to the V103 Steppers Ball at the Hyatt Regency hotel, Chicago’s biggest steppin’ event. There was a huge crowd on the dance floor, so I set up my lights and 5×4 field-camera to the side of the grand ballroom and invited some of the couples to show me their moves there.

The whole scene was thrilling: great music and people were dressed to the nines. “To watch steppers simultaneously rise, grab partners and sail into motion when the right song comes on is like seeing people walk on water,” Fab 5 Freddy wrote in his piece. “A dreamlike, transcendental, rhythmic elegance prevails, and the cool stepper’s attitude overtakes the room like the fall of night.”

Dana Lixenberg is a photographer and film-maker based in Amsterdam, the Netherlands

This story is part of the FT Magazine package “Tales from the dance floor”, featuring Rosa Lyster on the best fictional parties, Caleb Azumah Nelson on the magic of a good DJ — and six FT writers remembering the best party they ever attended

Mon Jan 10 , 2022
A record year for audio on-demand streams in the U.S. and a new milestone for vinyl sales are two of the top talking points in MRC Data’s 2021 year-end report, issued this morning by the industry’s leading tracking service, but the continued swell in catalog streams and sales — i.e. […] 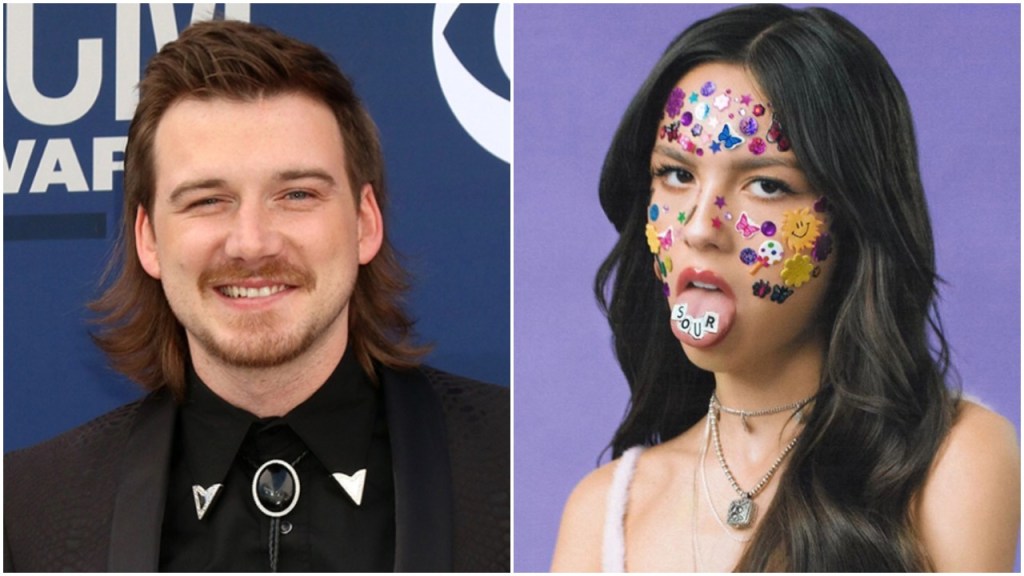